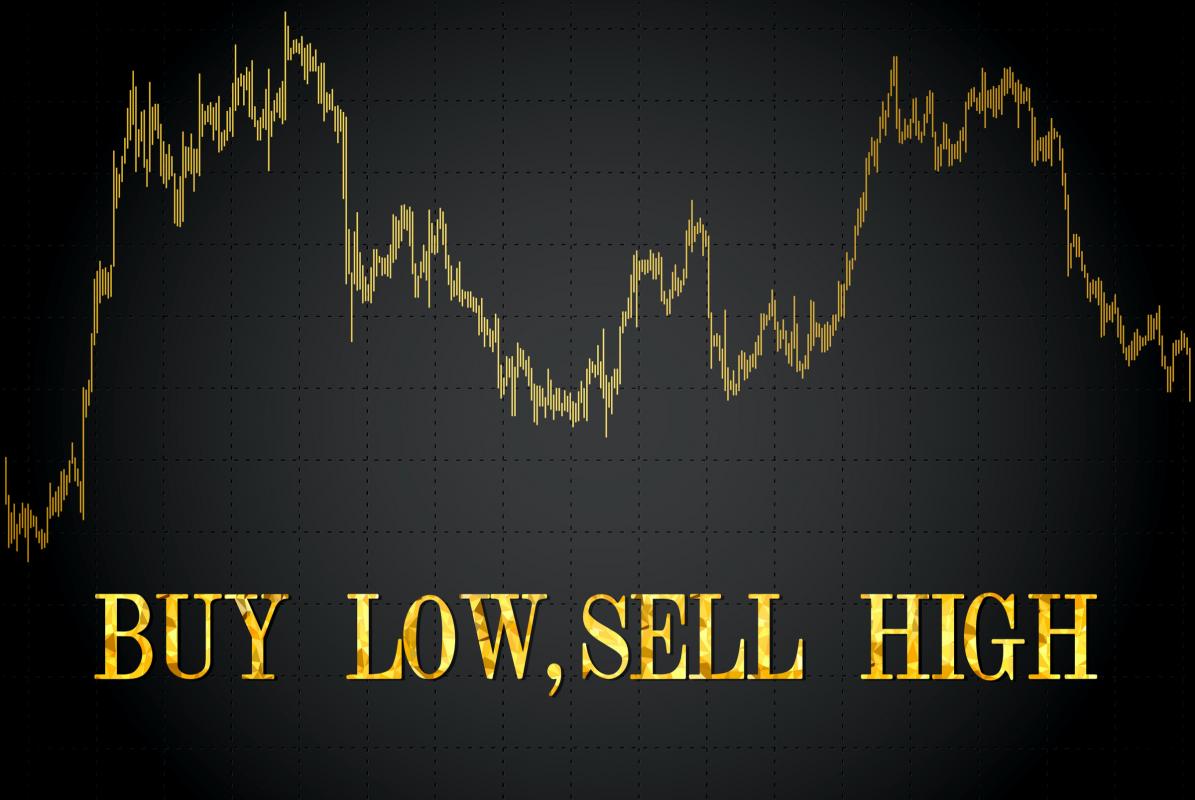 If you consider the great investors of the 20th century, Sir John Templeton (1912 – 2008) is certainly among them. He began his investing career in 1938 and es­tablished his first mutual fund, the Templeton Growth Fund, in 1954. An initial investment of $10,000 at that fund’s inception would have grown to more than $2 million by the time he sold his family of funds to the Franklin Group in 1992. In 1999, Money magazine called him “arguably the greatest stock picker of the century.” While certainly a great stock picker, Tem­pleton also had many interesting ideas about investing. Among them was his view that the best approach to investing was a contrarian one. For example, he was one of the first investors to appreciate the economic potential of post-World War II Japan.

In 1939, Templeton took the “buy low, sell high” adage to its logical extreme. As war began sweeping across Europe, he borrowed money to buy 100 shares each in 104 companies trading for one dollar per share or less on the New York Stock Exchange. A Rhodes Scholar, Templeton was no naïve optimist but concluded that public pessimism was too extreme, even accounting for a potential world war. His contrarian view was greatly rewarded as only four of his investments turned out to be worthless, and the remaining portfolio returned large profits, allowing him not only to repay the loan but also to earn many times his initial investment. This experience had a profound impact on Templeton and shaped his belief that the best investments were most likely found among disliked, even despised, assets. This view is best summarized in Templeton’s widely-attributed quote: “The time of maximum pessimism is the best time to buy, and the time of maximum opti­mism is the best time to sell.”

The period from late 2008 through early 2009 was an excellent example of what Templeton would have con­sidered maximum pessimism. We can all easily remem­ber the impact of the financial crisis, not only on global stock prices but on the world economy in general. In fact, the mood of near financial hysteria was the most pessimistic I’ve witnessed during my more than 15 years in the investment industry. It was, in short, the perfect period to use for testing Templeton’s extreme contrarianism by evaluating a hypothetical portfolio of deeply unloved stocks.

In order to avoid any hindsight bias, I selected a 50-stock portfolio from a list of 160 extremely beaten down stocks we presented in our January 16, 2009 client letter. The purpose of that list was to demon­strate to our clients that the steep declines in stock prices were not unusual, given the environment. The basic criteria for the list were that the companies be reasonably well known and that their stock prices had declined greatly. Given the times, creating such a list wasn’t difficult. In selecting investments for my hy­pothetical portfolio, I simply chose the 50 companies from our list whose share prices had declined the most. No additional analysis or screening was used. In this 50-stock portfolio, price declines from 2007 – 08 highs ranged from 88% – 99%. Two companies, electron­ics retailer Circuit City and food processor Pilgrim’s Pride were excluded from the portfolio because, having substantially completed bankruptcy proceedings, their shares had already ceased trading by mid-January 2009. However, the portfolio did include a pair of companies that had just begun the bankruptcy process: retailer Gottschalk’s and telecommunications provider Nortel Networks, because their shares were still trading (albeit at very low prices).

To calculate a return for this theoretical portfolio, I as­sumed that $1,000 was invested in each company at the closing price (adjusted for splits) on January 16, 2009 and held through June 30, 2014. (Returns in­cluded dividends.) Reviewing the results shown in the accompanying table, it’s clear that despite a number of bankruptcies that resulted in a 100% loss (seven in all), buying when most everyone else was pessimistic result­ed in some amazing returns. The initial hypothetical investment of $50,000 became more than $369,000. That’s a cumulative return of about 638% and an an­nualized return of more than 43%! Just as Templeton theorized, maximum pessimism created maximum opportunity.

While this is a fun way to demonstrate the value of contrarian investing, I’d like to make this experiment more practical. After all, few of us are likely to possess the fortitude necessary to adopt such a strategy in the depths of a huge bear market. However, this exercise did bring to mind several important and practical ideas investors are likely to find useful.

First, a contrarian mindset can be of great use to in­vestors. Usually, the consensus opinion is mostly cor­rect. This is what you’d expect when logic is applied to facts that are generally agreed upon. However, there are clearly times when emotions take over. If an in­vestor, dispassionately applying logic to facts, finds himself at odds with the consensus, it may be a good starting point for deeper analysis, especially if pes­simism appears unduly high. In practice, this means that contrarian investors will find themselves searching for opportunities among out-of-favor, unloved or sim­ply boring companies that appear unlikely to generate much excitement.

Second, this 2009 – 14 study reminds us that timing the market isn’t necessary for successful investing. You may have noticed that I didn’t pick the bottom of the 2007 – 2009 bear market as a starting point. (The bot­tom occurred in March of 2009 at prices approximate­ly 20% lower.) Indeed, while some of the stocks in the hypothetical portfolio had already hit bottom by the time they were added to my list of investments, most were months away from finding their lows and still others were years away from anything resembling a meaningful rebound. For investors, cultivating a will­ingness to remain invested through thick and thin is likely to prove far more valuable than attempting to time the market.

As I noted earlier, there were a high number of bank­ruptcies in my hypothetical portfolio. In all, seven companies went out of business—resulting in losses of 100%. That’s a much higher rate of business failure than we might expect to see from the market at large. Still, the hypothetical portfolio’s returns were eye pop­ping. Why? Because our hypothetical portfolio also contained ten investments that returned at least ten times their original investment. Even under normal conditions it’s virtually impossible to create a portfolio that’s free of losses. When a stock market index posts gains for the year, not every single stock in the index posts a gain. And if you review the track records of even the most successful investors, you’ll inevitably find some big losses. This study makes one point clear: A few investments that return multiples of their origi­nal value can offset a lot of disappointments.

These results also remind us that the sorts of returns depicted here can’t develop without time and lots of patience. Just as a broken bone takes time to heal, so does a broken business or busted stock market. Even under normal conditions, patient investors can enjoy the magic of compounding by simply holding their shares of stock and allowing the businesses they own to reinvest profits and increase earnings over time. In short, if you’re inclined to take a profit as soon as an investment shows a seemingly-acceptable return or if you’re quick to sell after you’ve lost a bit, you won’t give yourself a chance to earn big returns.

We should also keep in mind that stocks represent own­ership in businesses. Ultimately, the value of the hy­pothetical portfolio didn’t grow simply because it was time for prices to go up. The portfolio grew in value be­cause the businesses grew in value, and once pessimism subsided, the business values were appreciated once again. I won’t deny that stock price momentum ex­ists. It does—in the short run—though turning points are unpredictable. In fact, the decline of 2008 – 2009 provides a good example of negative price momentum. But it would be a costly mistake to conclude that stock prices don’t follow the underlying operational trend in the corresponding businesses over the long term. Suc­cessful, long-term investors study the operating results of businesses and pay attention to stock prices in order to exploit the differences between present/future oper­ating results and current stock prices.

Lastly, and perhaps most importantly, revisiting Tem­pleton’s 1939 strategy reminds us that it pays—literally—to be an optimist. Yes, there will be corrections, occasional bear markets or maybe even crashes, but the long-term trend of U.S. stock prices is up. Optimism, especially when in short supply, is probably an inves­tor’s greatest asset. Why? Because over the years, econ­omies grow, the world becomes more integrated, trade expands and wealth increases. There’s every reason to believe these long-term trends will continue well into the future and that stock prices, just as they’ve done in the past, should rise accordingly. 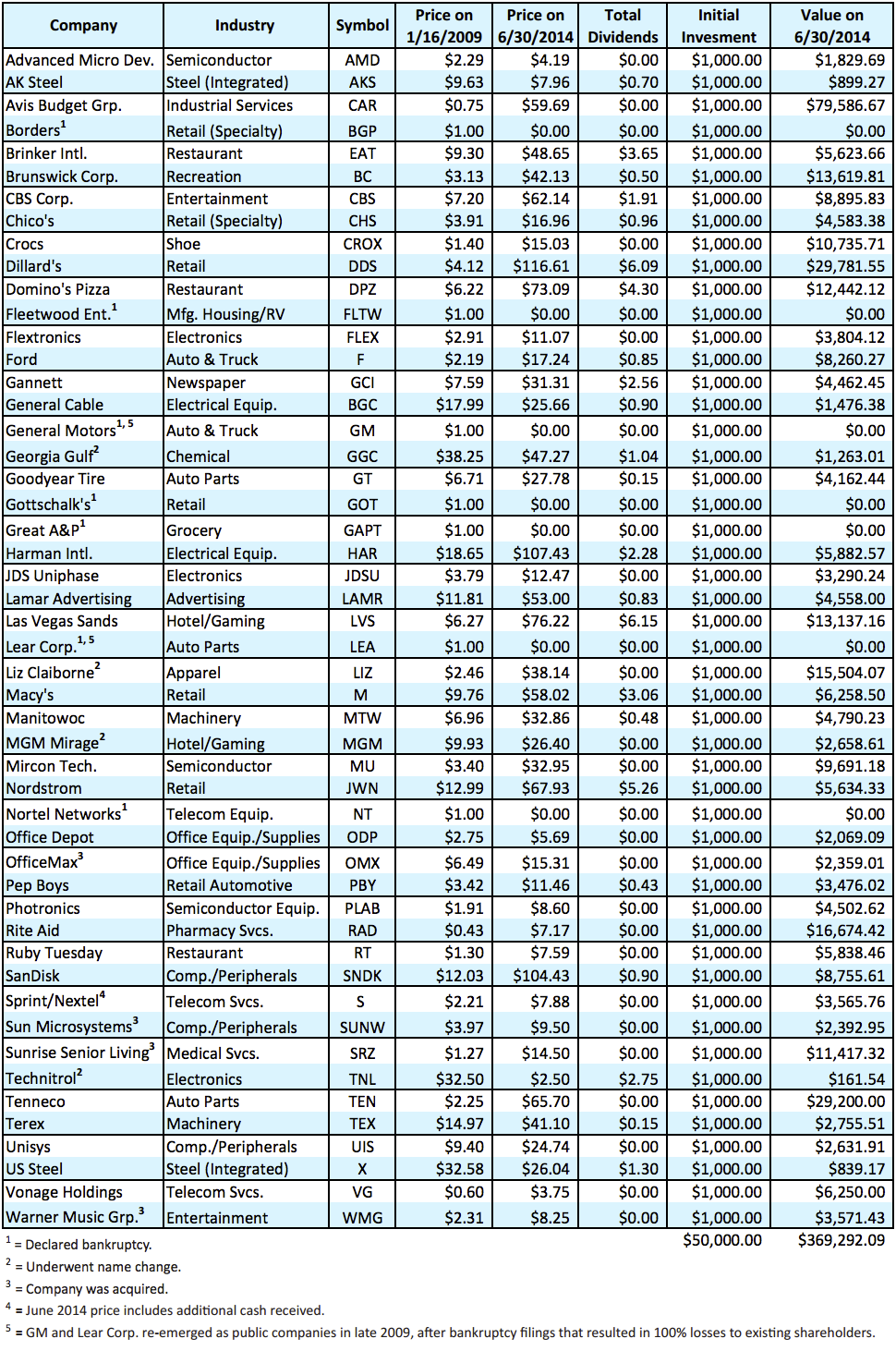